Emboldened by the evidence of early migration underway at IRRI I decided to head to the fish ponds at San Juan on Sunday. Early birds there included a fly past Tabon Scrubfowl, and 2 Pink-necked Green Pigeons. Very few waders about; a small party of Pacific Golden Plovers and 4 or 5 scattered Greenshank was the sum total. No Nightjars yet, and no Rufous Night Heron either. The Philippine Duck population was the highest I've seen it however, with well over 200 birds.

Back at IRRI the Snipe numbers are on the increase, and there are still a scattering of Long-toed Stints, though no sign of Monday's Sharp-tailed Sandpiper which looks to have been a one-day bird.

On Sunday I went to the Botanical Gardens at UPLB on Makiling. Brief views of Red-crested Malkoha, Luzon Flameback (recently split from Greater Flameback), and Indigo-banded Kingfisher, but no decent photographable views of anything sadly. 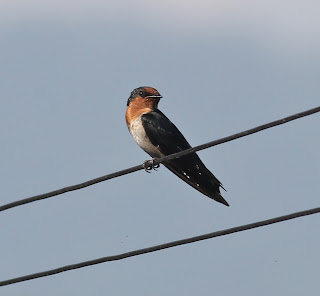 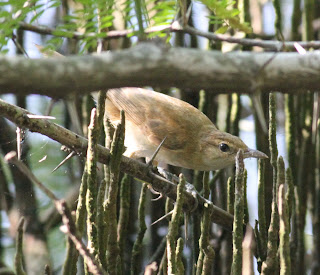 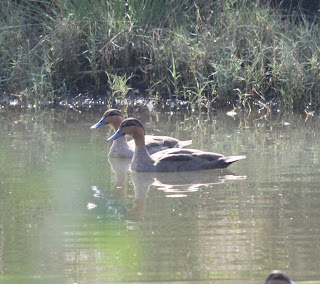 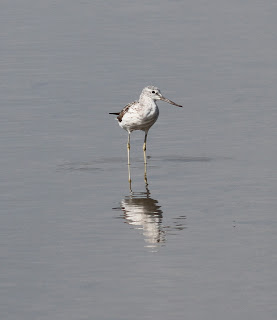 A pair of Philippine Ducks, just before they exploded into the sky. San Juan is one of the strongholds for this species in Luzon, several hundred were here today. 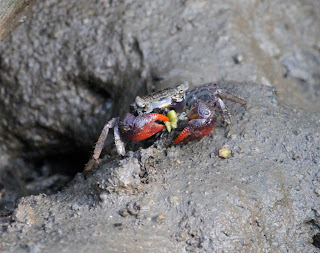 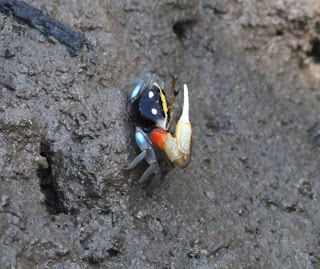 Fiddler Crabs abound in the mangroves at San Juan 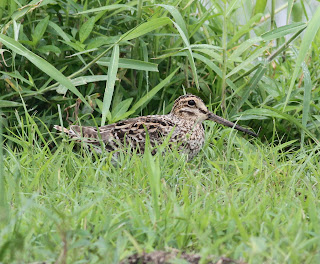 Back at IRRI, several more Snipe sp. have arrived.
Posted by Paul Bourdin at 3:05 AM